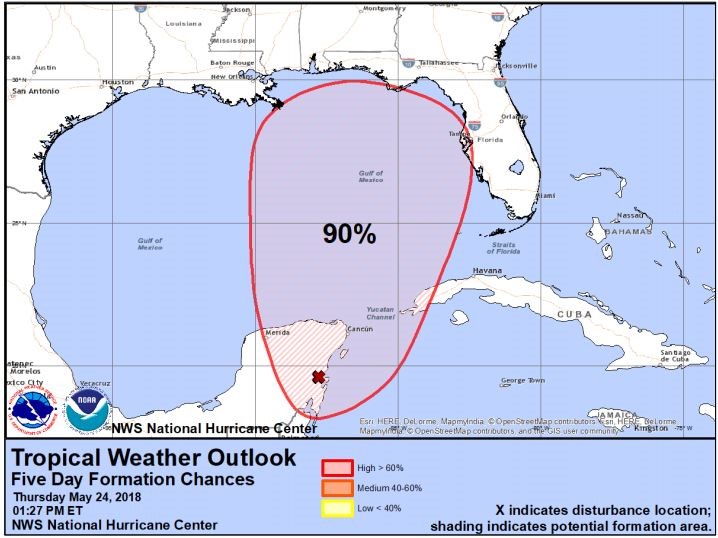 CLANTON – 2:00 p.m. May 24, 2018  – As you can see from the graphic above, the National Hurricane Center is now indicating a 90% chance the system, centered over the Yucatan, will become a tropical depression or tropical storm during the next five days.

Landfall will likely occur late Sunday or Monday, then will move very little through the middle of next week. This is not good news because it means an extremely serious flash flood/river flood situation is very possible.

Several inches of rain have already fallen over areas generally east of I-65 and south of I-85. The graphic below is forecast rainfall from this Thursday morning through Wednesday night. Widespread 5-7 inches of rain is expected near and south of a Livingston-Clanton-Auburn line.

If Alabama ends up on the east side of the storm, where the worst impacts will occur, these amounts could be doubled (or more), especially closer to the coast. This would produce serious and widespread flash flood and river flooding issues. Even extreme north Alabama could have 2-5 inch totals, with potentially greater amounts. 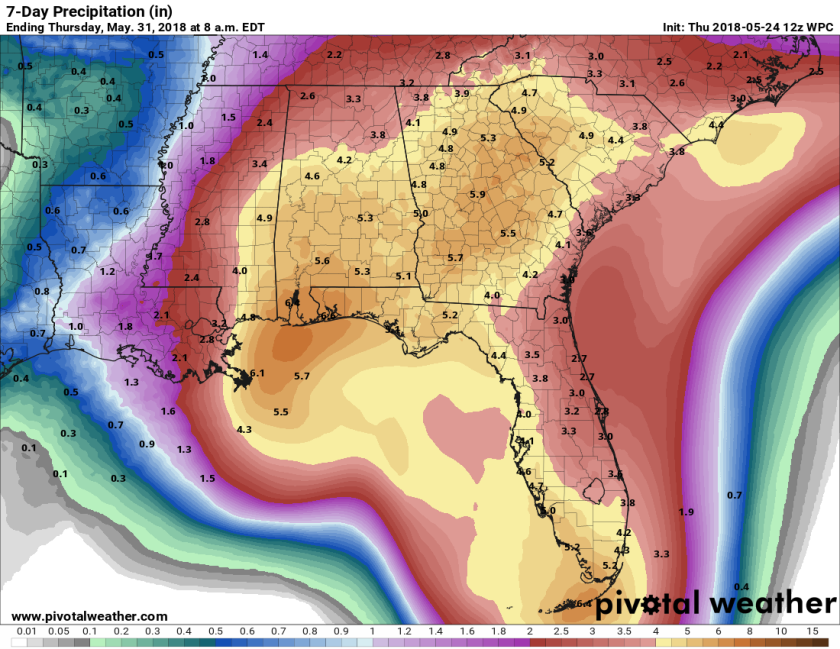 Unfortunately, models are indicating this system could reach tropical storm strength, and again, if Alabama ends up near or east of center, sustained winds of 30-50 mph with higher gusts could occur over the southern sections of the state. Combined with saturated soils, numerous trees could be brought down.

In addition, this scenario would increase the tornado threat beginning Sunday near the coast and lasting as late as Tuesday morning for at least the southern 1/3 of the state.

I can’t stress enough that it doesn’t take a major storm to produce major impacts, and the potential exists for an extreme event in the form of heavy rain and flooding. Keep up to date with the latest forecasts and listen to your local officials when instructions are given. For more information on how to prepare for flooding, go to https://www.ready.gov/floods.