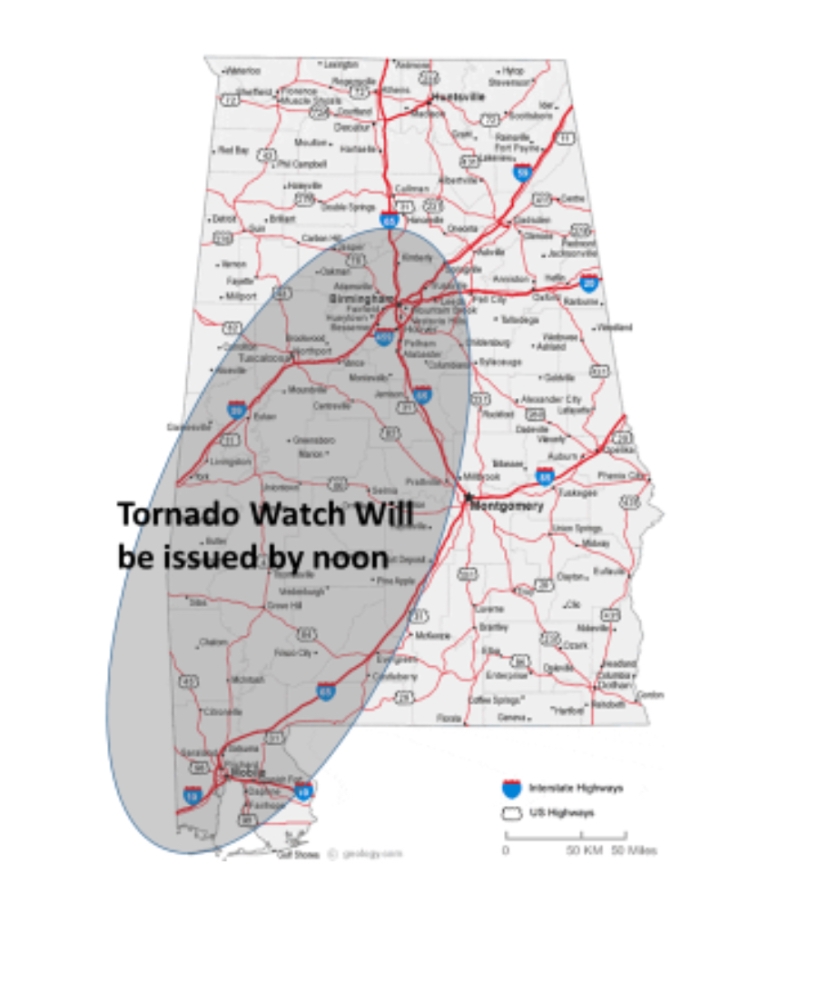 CLANTON – 10 am April 14, 2018  – A line of strong to severe thunderstorms will reach the far western portions of the state between 11 am and noon. A tornado watch will initially be issued for the shaded region between 1030 am and noon, and likely extended eastward later in the day.

Widespread severe weather event is shaping up for the state, mainly in the form of a broken line of storms moving from west to east, producing predominately straight-line wind damage. However, supercells may also develop ahead of the line and a few tornadoes could occur within the line as well.

A Flash Flood Watch is in effect until 1 am Sunday for the western half of Alabama, west of a Huntsville – Montgomery – Andalusia line. Widespread 2-4 inches are expected, with isolated amounts approaching six inches south of Livingston to Montgomery line.

Make sure you remain weather alert all of today into tonight, be able to receive warnings, and have an action plan to protect yourself and loved ones no matter where you are. If you plan to be out and about today, no matter where you are, ask yourself, “If a warning was issued right now, where would I find an interior room in a sturdy building?”

Also, with the heavy rain later today, make sure you don’t drive into flooded roads. It only takes around 18 inches of water for most vehicles to be lifted from the pavement and if the water is moving, you could be swept away.