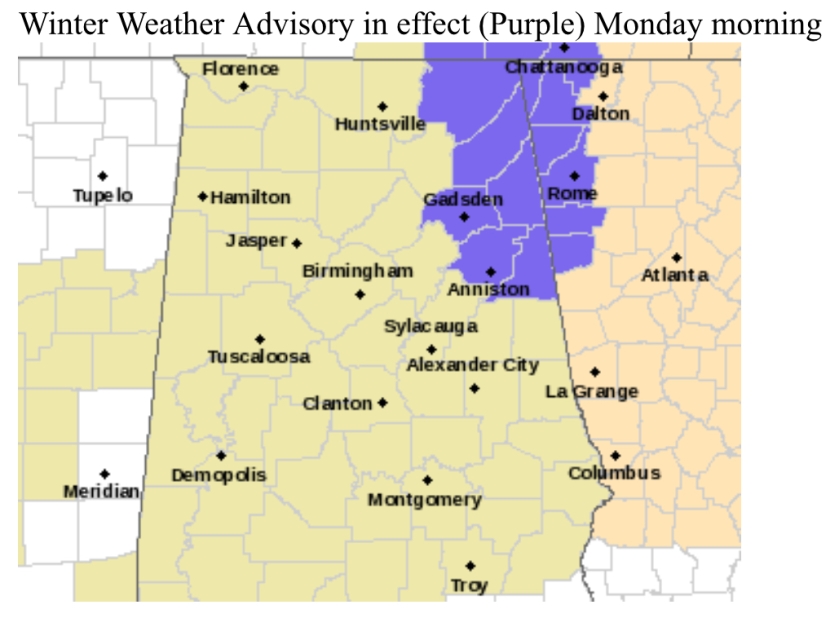 Rain will enter the western portions of the state after 5 pm today and spread eastward during the evening. It is anticipated that at least normally colder valleys will drop to at least 32 degrees tonight, and there is the possibility that widespread areas in the advisory region will do so as well.

Although total precipitation accumulations are forecast to be less than 0.10 inch, with the ground being so cold, any freezing rain will likely cause issues on roads, bridges, overpasses, trees and power lines. Temperatures will slowly climb into the upper 30s in east Alabama by noon Monday.

As a side note for those traveling to the football game, there is concern in Georgia that freezing rain may extend all the way into the Atlanta metro area early Monday morning, and the National Weather Service may issue an advisory there as well in later updates. 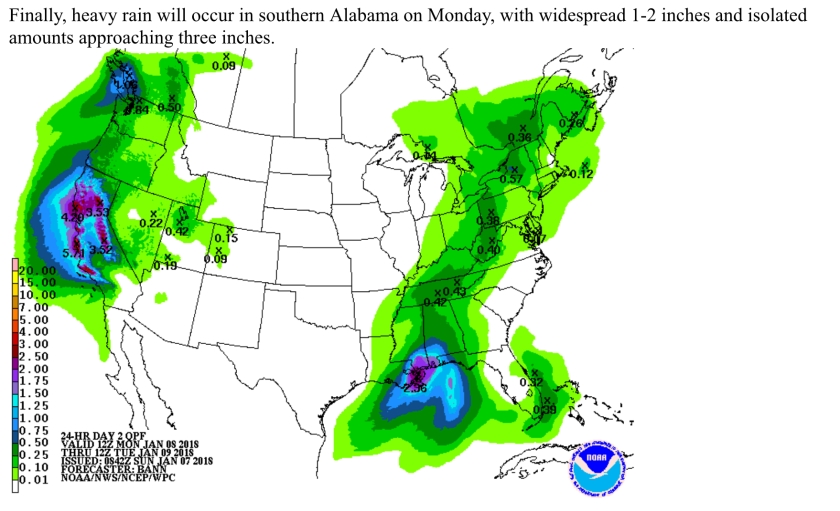