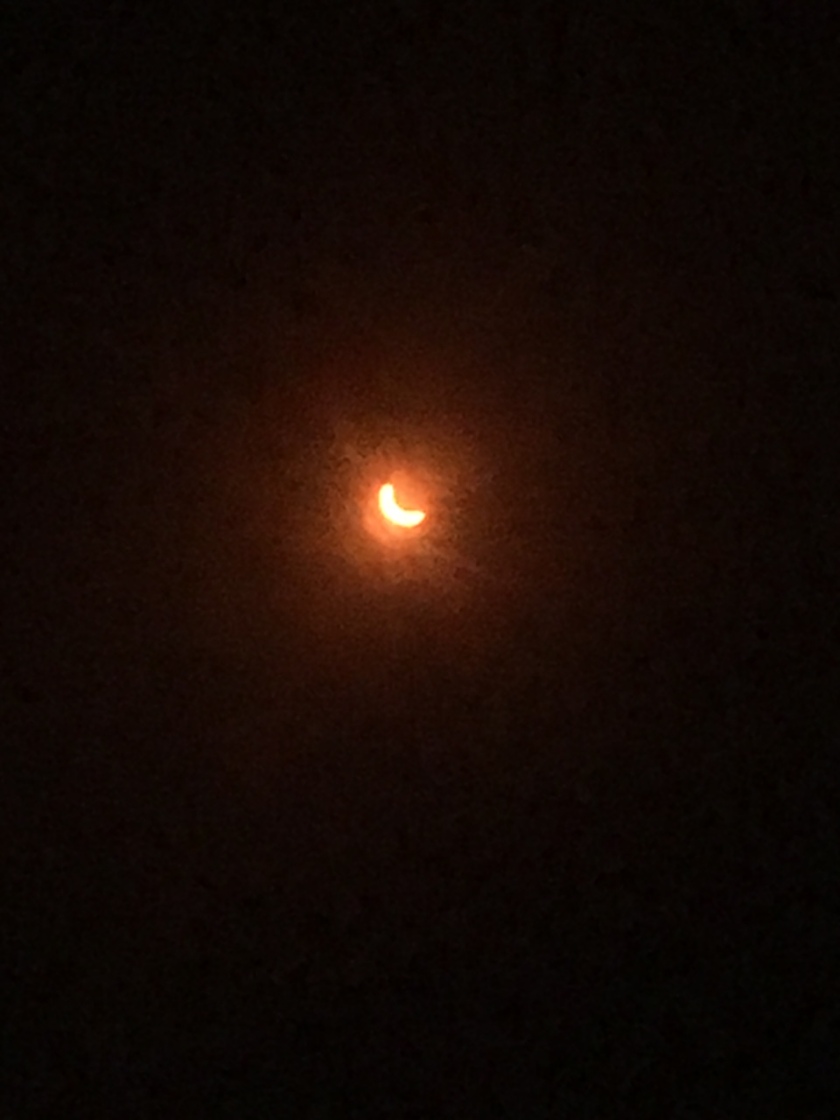 CLANTON – The first total solar eclipse across the US in 38 years occurred on August 21st, with parts of 14 states going dark for approximately two minutes. Total solar eclipses are not rare, and occur twice about every three years on average somewhere across the earth. However, this is the first one that went from the American west coast to the east coast since June 8, 1918!

For Alabama, a good portion of the state had little to no cloud cover, except for the southern and extreme eastern portions, where extensive cloud cover occurred. The eclipse lasted approximately three hours, with maximum darkness around 130 pm central time.

Click the link below to see an amazing satellite view of the eclipse moving across the country. Times are in Coordinated Universal Time (UTC) with 130 pm equating to 1730 UTC.

You also might have noticed a drop in temperature between noon and 2 pm. I certainly did!

Huntsville dropped six degrees from 92 at 1153 am to 86 at 153 pm. By 253 pm, it was back up to 92. The temperatures at both Birmingham International Airport and the Mobile downtown airport dropped three degrees during this same time.